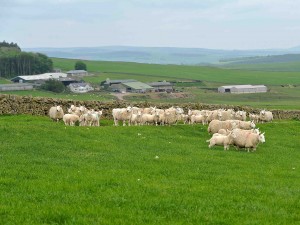 Allanshaws Farm is 1050 acres in size and can be found in the lush hills of the Scottish Borders.  The highest altitude rises to 1400ft and it’s located 7 miles north of the market town of Galashiels. 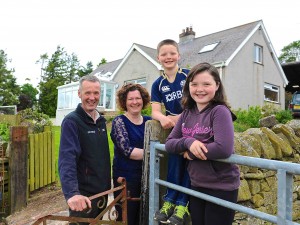 Farming with his wife Amanda, Roderick Runciman started his showing career at the age of 15 with no prior experience and is now renowned as one of the North Country Cheviot’s most well-known and successful breeders.

Roderick started exhibiting at the Royal Highland Show in 1994, and has picked up champion honours in the inter-bred, half-bred and commercial sections, as well as both champion and reserve titles at the Great Yorkshire and numerous other local shows.

Roderick says there is no doubt the pinnacle of his showing career is The Royal Highland Show.

A Brief History of Allanshaws Farm… 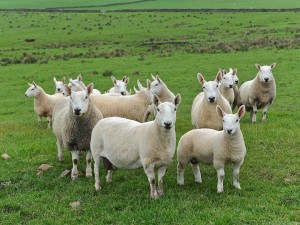 Allanshaws Farm has been in the Runciman family since 1958 when Roderick’s grandfather bought Allanshaws Farm for his son Tim (James), Roderick’s father.  Tim married Kath (Kathleen) Pringle in October 1961 and they moved into the Farmhouse at Allanshaws,  this farmhouse is now known as the Old Farmhouse.

In 1967 a new bungalow (now the current Farmhouse) was built as Tim & Kath outgrew the Old Farmhouse with the arrival of their fourth boy. 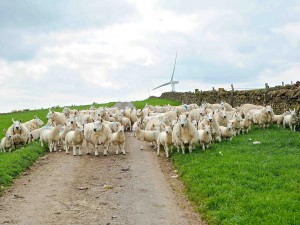 Roderick is the third son of Tim & Kath.  James is the eldest son and now currently farms at Muircleugh Farm, Lauder, Stewart is next and farms nearby Torsonce Farm, Stow and Douglas is the youngest who farms at Huntington Farm, Lauder.  In 2000 Tim & Kath retired and moved to a bungalow at Pyatshaw, Lauder and left Roderick to farm Allanshaws.

In July 2002 Roderick married Amanda Millar from North Balluderon Farm, Tealing, Dundee in the same year he won the Commercial Section at the Royal Highland Show.

Roderick farms Allanshaws in partnership with his wife Amanda.  They have 2 children Lewis and Libby who are active little helpers during Lambing time and at various other times throughout the year.